(7-16-18) The 2018 State ACME Baseball Champion will be decided at Defiance starting this Saturday. Eight teams will participate, 7 District winners, plus Defiance who is the State Tournament host team.  Unlike the Sectionals and Districts that are double-elimination, the State tournament is single-elimination.

The 8 teams that will participate this year have won 29 combined ACME State Titles, Defiance has the most titles of the group with 10, Coldwater is next with 8.  Only 1 team of the 8 has never won a State ACME title and that is Versailles.

The Midwest Athletic Conference (Coldwater and Versailles), Northwest Ohio Athletic League (Archbold and Bryan) and Western Buckeye League (Van Wert and Defiance) all have two teams competing for the championship. 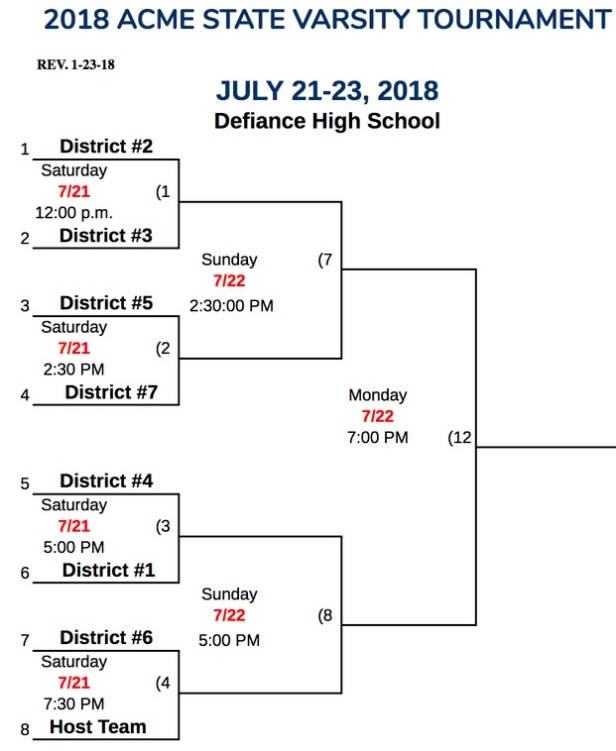 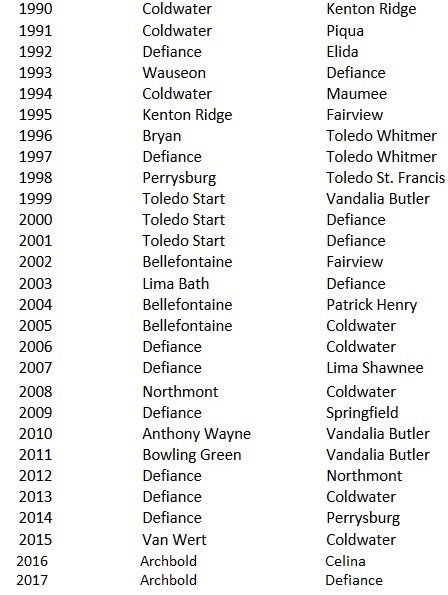 The Bears are district champs and have earned their way to the ACME State Tournament for the first time since 1999, per Coach Inselmann. pic.twitter.com/foWNEyZaW1

Versailles Sr. ACME defeats Greenville 13 to 6 to advance to State next Saturday at Defiance at 2:30! pic.twitter.com/ZMXtnu9JU7