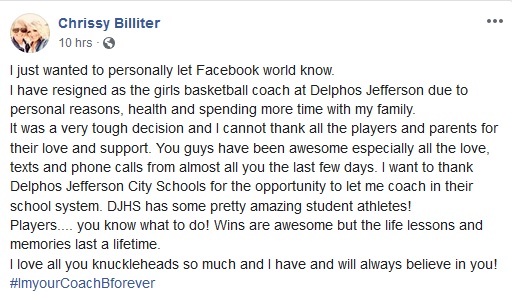 Billiter had just started her second season as the Wildcats head coach, she went 9-13 last season and went 2-3 at the start of this season. Jefferson is scheduled to play a Northwest Conference game tonight against Allen East.