He reported that Hopewell-Loudon has been accepted into the Sandusky Bay Conference starting the 2019-20 academic year while approval was granted to Shelby to exit the conference after the upcoming school year.

(8-17-17) High School athletic conferences in northwest Ohio remain unstable, this time two conferences will be facing changes.  The Blanchard Valley Conference and the ever-changing Sandusky Bay Conference, if the Hopewell-Loudon BOE approves the move at its next meeting.

The Chieftians will most likely join the SBC’s River Division: 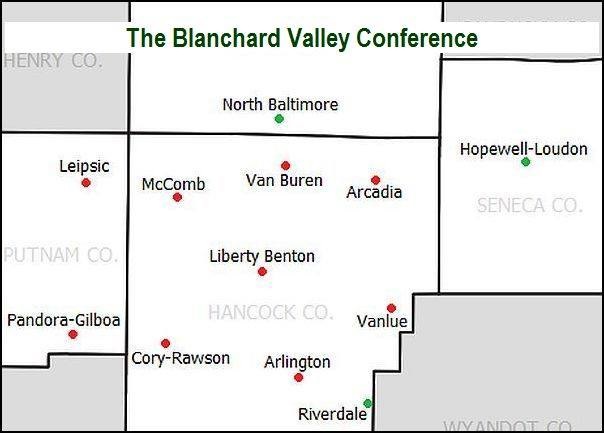 Hopewell-Loudon, who joined the BVC in 2014,  would be the second school to leave the BVC in less than five years, Hardin Northern left in 2014.

Shelby, after this season, now will be in different conferences over three years, disbanded Northern Ohio League, Sandusky Bay Conference and now the Mid-Ohio Athletic Conference after their early release from the SBC.