(2-16-18) Shawnee will make it official at its next school board meeting (2-20-18) as they will be hiring a familiar face to head their football program in the fall, Jerry Cooper.

Cooper comes back to Ohio with a 235-77 record having coached six schools in the past (Lucas, Waynesfield, Hicksville, Bath, Columbus Grove and Lima Central Catholic), including a D VI OHSAA state title in 2003 at Columbus Grove.

It will be Cooper’s second round in the Western Buckeye League, after a successful run at Bath. 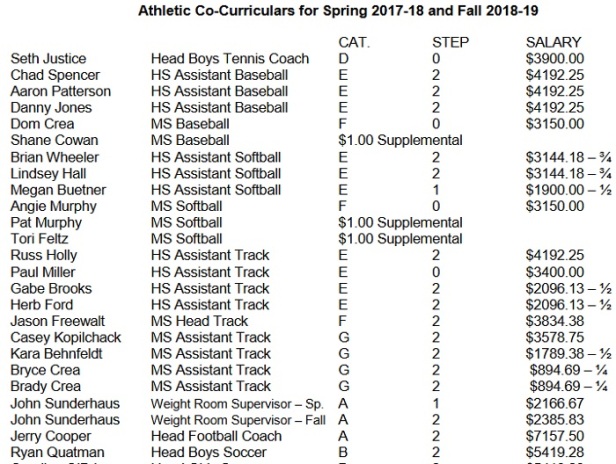 Cooper replaces Frank Crea who resigned after two seasons at Shawnee where he was was 5-15 and finished the 2017 season with a 4-6 record, including a one-point loss to St. Marys 35-34, the Roughriders went 9-0 in the WBL.

Crea was the defensive coordinator at Lima Senior for three seasons before taking the job, he replaced Jon Carpenter, who resigned after one season with an 0-10. record.