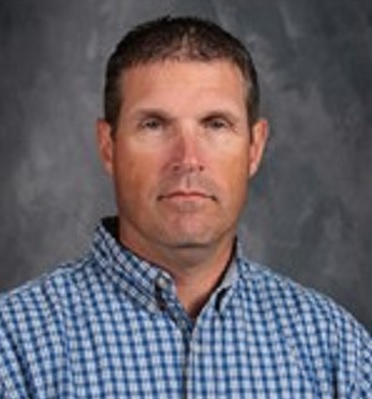 (6-21-18) On Tuesday night (26th) the Coldwater Board of Education will look to hire Keenan Leichty as the Cavaliers new Head Girls Basketball Coach.

Leichty will replace Connie May who stepped down in May after four seasons.

Leichty is best known for his football coaching, including his most recent job as a varsity assistant for Chip Otten for the past several years.

Leichty has over 20 years of football coaching experience, the Versailles grad has been an assistant coach at Versailles, a head coach at Tiffin Calvert for two seasons, and a head coach at Sheffield Brookside for three years. He also held the head job at a North Carolina high school at Central (Bear Creek, N.C.).

Leichty, started his coaching in college, he was the former head football coach at Urbana University, his other stops in college included being the offensive line coach at MacMurray (Ill.) College, quarterbacks coach at his alma mater Ohio Northern and he also had a stop at UD.

Leichty, who had been a business teacher at Southern Wells (Indiana) will now be teaching Business/Computers at Coldwater.