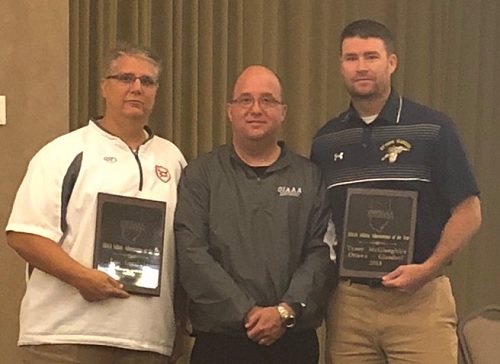 Goodwin continues to be one of the most thought of ADs in Ohio, he has shown his ability to work with students, coaches, administration and parents at a high level. Goodwin continues to initiate new programs into the department and also keeping it a very high competitive level in the tough Midwest Athletic Conference.

Also at today’s Conference, Celina grad Bob Moosbrugger, who is the AD at Bowling Green State University, was one of the presenters during the event. Others who were a part of the conference included  Dr. Scott Grant who spoke to students about Leadership and Social Media and Dr. Scott Grant speaks to students about Leadership and Social Media, Van Wright, from BGSU, speaks to Northwest Ohio Student Leaders about the college admission process and OIAAA Executive Director Bruce Brown spoke to the Northwest Ohio Athletic Administrators.