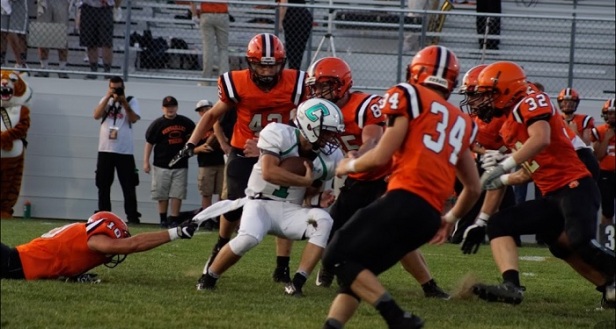 “When I saw this opportunity come available, I spent some time thinking about it, praying about it and talking to my wife about it. Versailles is a great football community. They’ve got a great tradition and they play in a great conference against great competition. I felt like this was an opportunity that may not come along too often, so it was one that I needed to pursue. I felt better and better every time I met with the people from Versailles and felt like it was a place I wanted to be. It was everything I could ask for and an opportunity I wanted to take.”

Versailles Schools is pleased to announce the hiring of its new Versailles High School head football coach. Ryan Jones has accepted the position and was board approved this evening.

Ryan has been at Troy Christian High School the past 5 years as a teacher and coach with the last three years as the head coach. In those three years as head coach, his teams were 9-2, 5-5, and 8-2 for a combined record of 22-9.

We are extremely excited for what Coach Jones offers our school district, football program, and the community