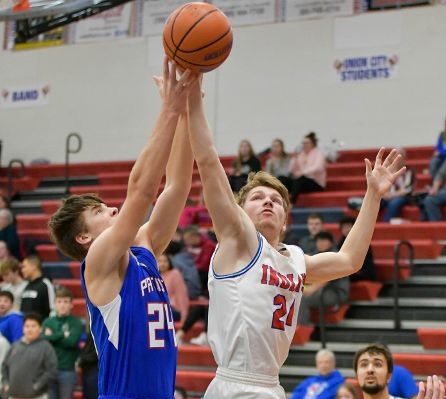 Story and picture by Clinton Randall

With this being the final home game for UC seniors (Bryten Stewart, Tanner Spence and John Carpenter) the much-needed win for the Indians was that much more special.

The Indians were led in scoring by Bryten Stewart and junior Elijah Cowper with 18 points a piece, followed by junior Zerrin Cantu who added 15 points.

Union City (3-17) will be back on the road to face South Adams on Tuesday before ending the regular season on Friday at Northeastern.