#OHSAA press release coming today at 1:00 PM. There will be no press conference due to the Stay-at-Home order. pic.twitter.com/PHm4YPhMnv

(3-26-20) The OHSAA has told member schools that all Winter Sports Championship have been officially cancelled. That includes boys and girls basketball and wrestling. The OHSAA has announced that they will release a statement a 1pm with details.

COLUMBUS, Ohio –The Ohio High School Athletic Association announced Thursday that the winter sports tournaments of wrestling, basketball and ice hockey, which were postponed indefinitely on March 12, are now cancelled due to the coronavirus COVID-19 pandemic. It is anticipated that schools will not be able to reopen for many weeks, which prevents interscholastic athletics from taking place.

The start of the OHSAA’s spring sports of softball, lacrosse, baseball, track and field and boys tennis is still postponed, which coincides with schools not being open.

Earlier Thursday, OHSAA Executive Director Jerry Snodgrass and his staff communicated with the schools that were still competing in those winter tournaments to announce the decision.

“We are just devastated that the tournaments cannot be completed. But our priority is the safety of our student-athletes, coaches, communities and officials. Governor Mike DeWine is asking all Ohioans to do everything they can to stop the spread of this virus. That request, along with our schools not being able to reopen for weeks, means that school sports cannot happen at this time. Even if our schools reopen this spring, it will be difficult to find facilities willing to host the tournaments. Most campuses are shut down until mid to late summer.

We are already planning for ways that these student-athletes will be honored at next year’s state tournament.” 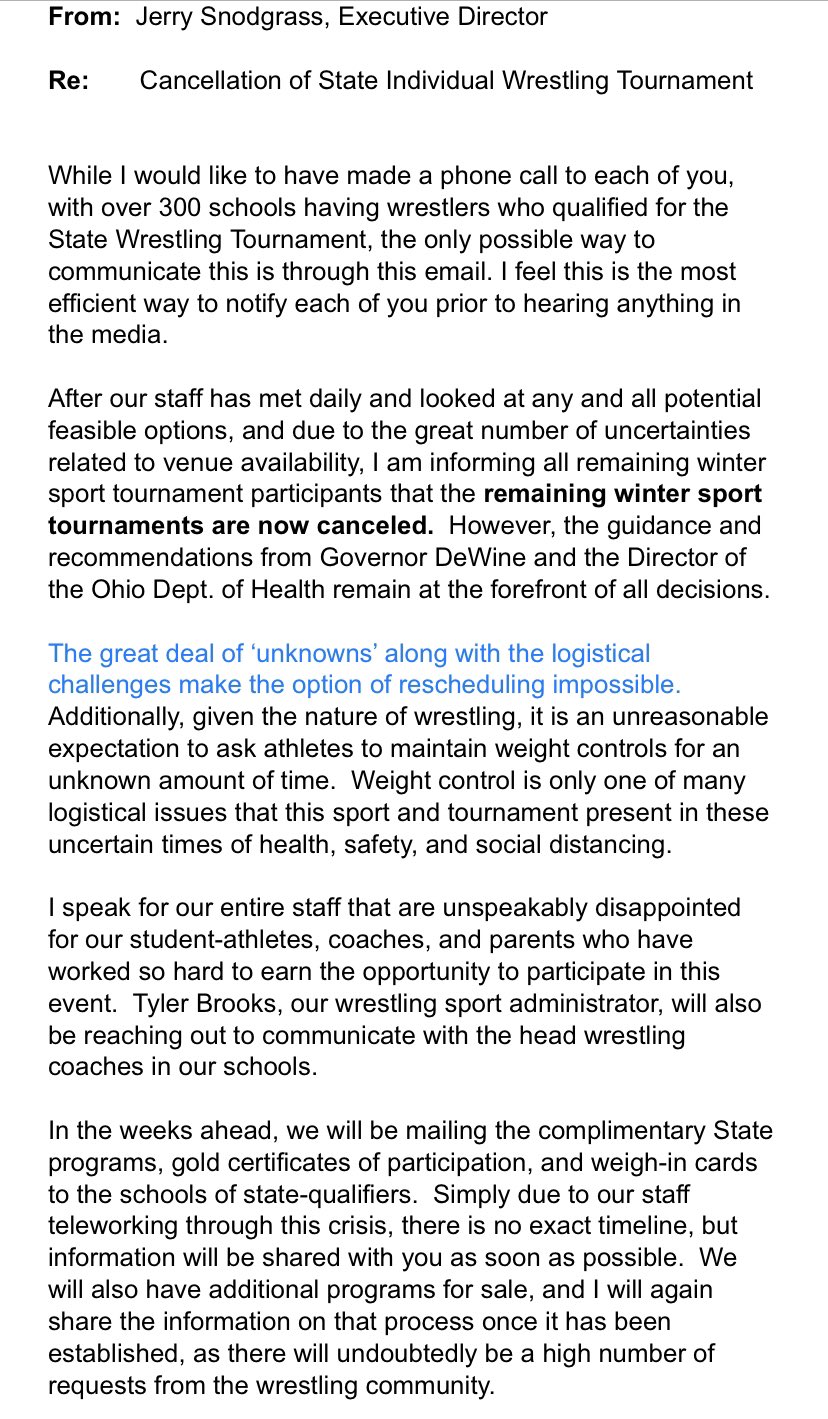 The OHSAA has officially canceled all winter sports tournaments. While this is certainly not the outcome we had hoped for, it doesn't take away a single thing our team was able to accomplish. What a ride! Thank you to the team and thank you to ALL Panther supporters!

The OHSAA has officially cancelled the winter sports tournaments. This includes our girls basketball team's trip to state. Either way great season Wildcats. 3rd straigh trip to state. The school and community could not be more proid of you accomplishments. 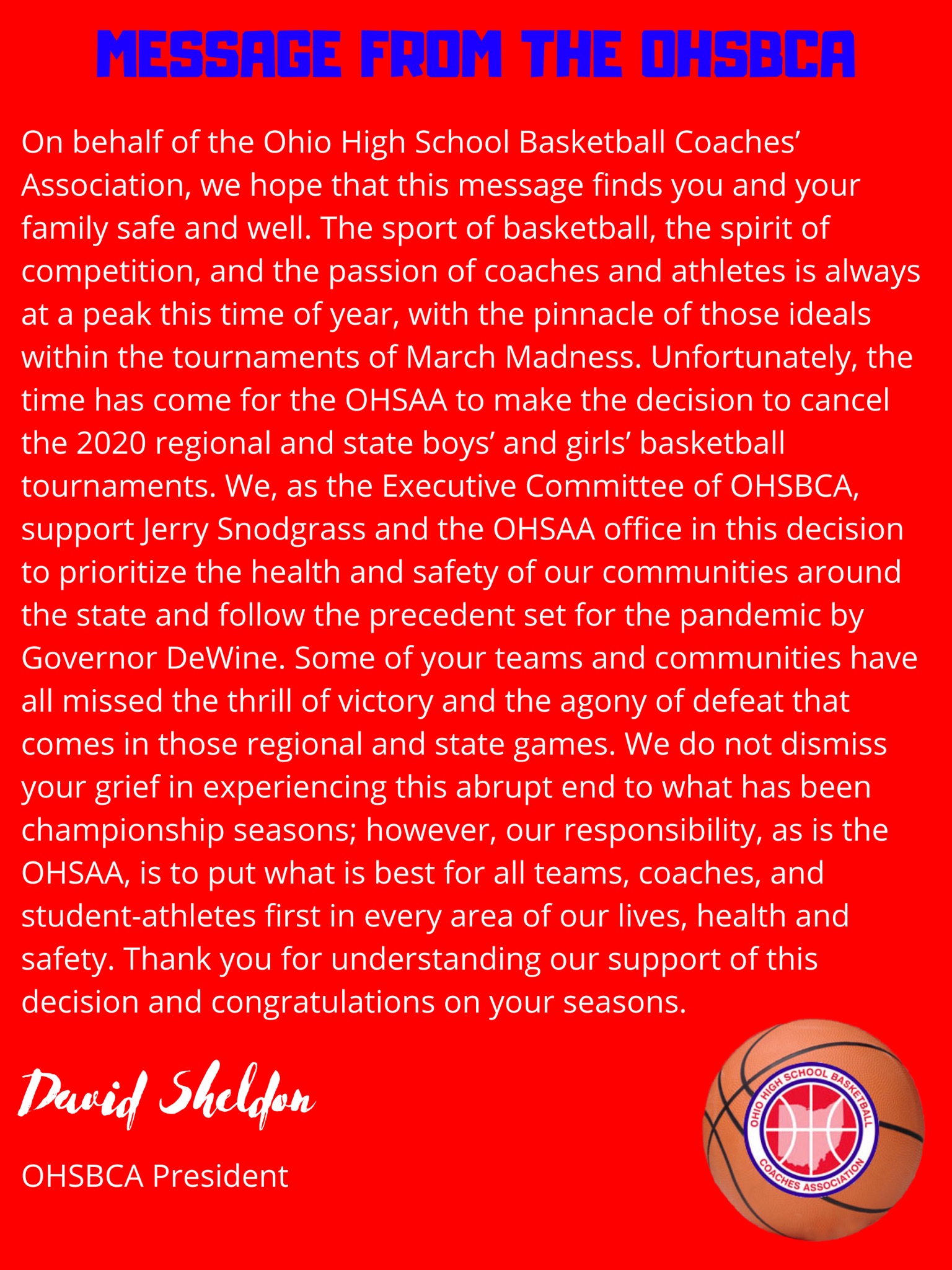