(6-16-17) James Dean left his mark on the world as an actor, starring in films like ‘Rebel Without A Cause’, ‘Giant’ and ‘East of Eden’.  That would all come to an end on September 30th, 1955 near Bakersfield, California when a sports car he was driving slammed into another vehicle and took his life at the age of 24. 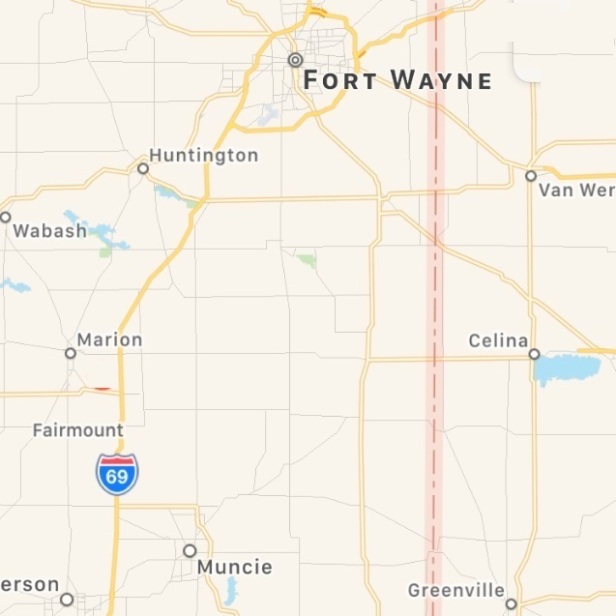 James Dean, before those days of his movie fame, grew up just about an hour away from Mercer County in Fairmount, Indiana.  He graduated from Fairmount High School in 1949, during those days he competed in multiple sports for the Gold and Black Quakers.

One of his basketball coaches, most likely Paul Weaver, said this about Dean:

“He was a heady player and a good competitor. He was what you would call a clean-cut, All-American type boy.”

His Senior year as the starting guard and 2nd leading scorer, the Quakers would lose to big city neighbor Marion (Giants) in the Sectional final. In an earlier tournament game against Gas City he hit a buzzer beater in a 39-37 win.

According to his Senior picture credits he played basketball all four years. His Senior year at Fairmount he was honored as the Quaker’s top athlete.

In track Dean was a pole vaulter and at one time held the Grant County record.

One nice thing about competing at a very small high school in the 1940’s you are able to play in multiple sports, even in the same season. Below he is pictured as a Sophomore on the Quakers baseball team.

Dean would die in that crash eight years (1955) after he graduated from Fairmount in 1949. From a small-town Indiana kid, to a Hollywood star whose memory still lives on today.