“That was a tough loss for us last year. We didn’t want to dwell on it too much, but at the same time, it was something that was on our minds.”

What the coaches said after the game –

“I told especially the seniors, keep your heads up. They’ve done a great job for four years for us and they have a lot to be proud of. To be state runner-up, that’s a huge accomplishment for them.”

“I’ve been doing this 25 years now. I’ve been around. Win or lose, for me, it’s that opportunity to practice five weeks after the season, and see the joy in their faces, and the joy in my assistant coaches’ faces. That’s what it’s all about.” 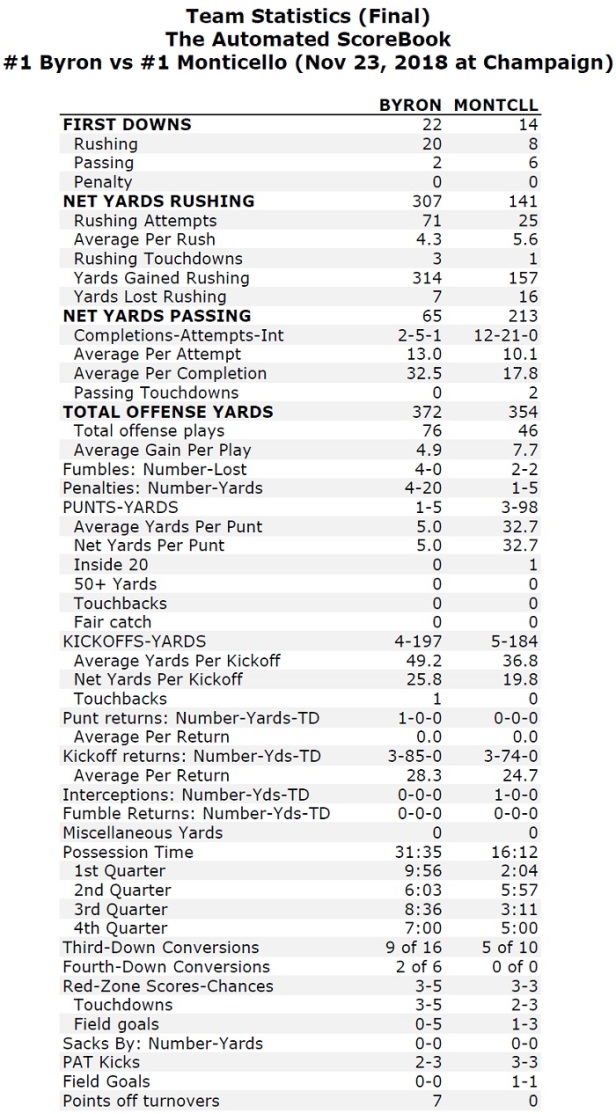 That stats championship feeling. We've got a Cully Welter chant.