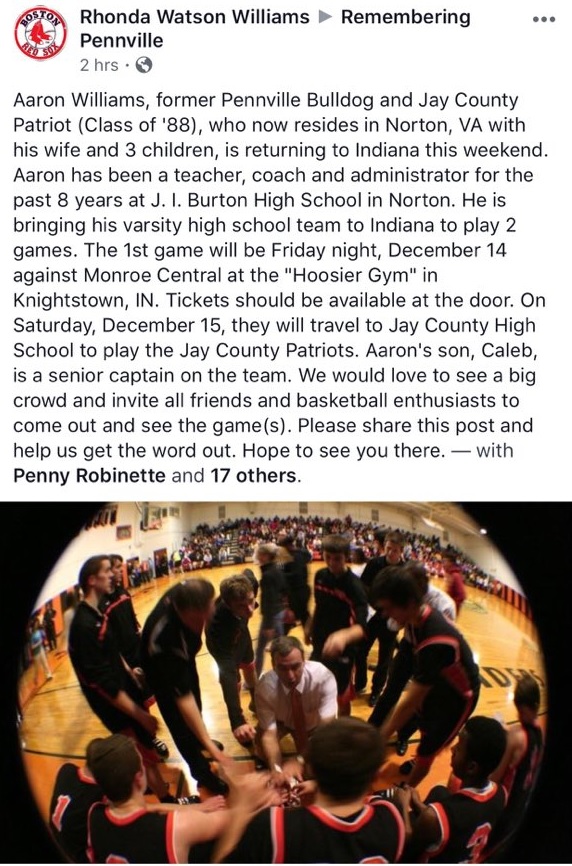 (12-12-18) ‘Back Home Again In Indiana’ will be former Jay County Patriot Aaron Williams who will return to Portland this Saturday night to coach his John I Burton HS (Virginia) Black Raiders team against his alma mater Jay County. While in Indiana the Black Raiders will play Monroe Central on Friday night (14th) at the historic Hoosier Gym. 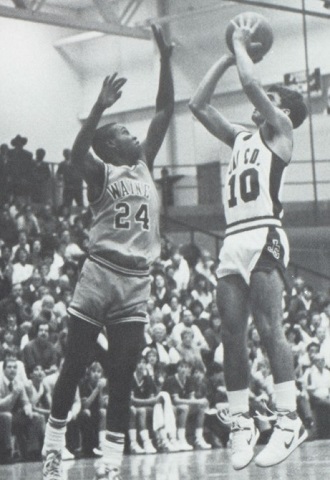 Williams who is from Pennville, is a 1988 Jay County graduate, while in school he starred as the Captain on the hardwood for the Patriots.

The Black Raiders are off to a 2-0 start after their win on Friday night over Lee 68-56. In the win Williams’ son Caleb had 18 points and four rebounds.

One thought on “Home Town Hero Returns To Jay County”