The T-Birds were tied for 1st place after day one with Alliance Marlington when both teams shot a 318 team total.

The Mulcahy sisters led LCC again with Mary Kelly shooting a 72 and finished the tournament as the #6 individual, sister Erin shot a 2nd day total of 75 and finished at 11th.

St. Henry finished the tournament in a tie for 8th, the Redskins shot a 2nd day team total of 366. Ellen Naumann led the Redskins on day two shooting a 77 and finishing tied at 9th. 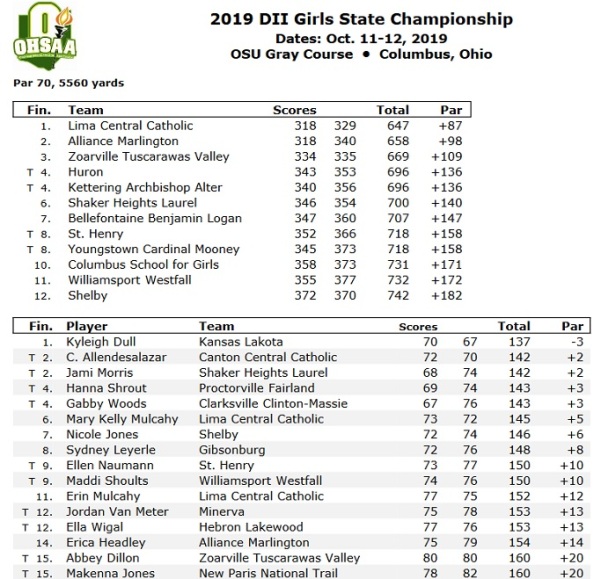