(10-13-19) Indiana is one of the most unique states in the US when it comes to the high school football playoffs.  All teams qualify for the playoffs and the scheduling of playoff games comes from a ‘blind draw‘…no seeding.

Below are some brackets from Stateline area teams, including their records from the first eight weeks. Take a look at what the ‘blind draw‘ provides for each site. 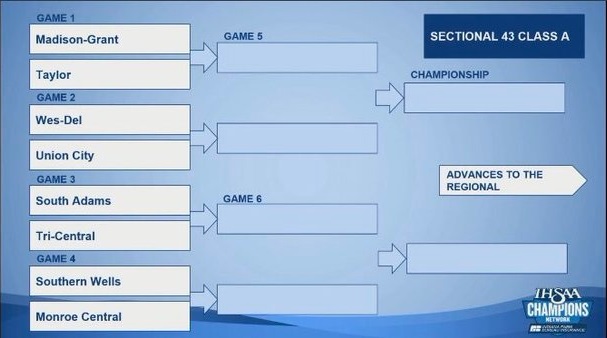 When you are 3-5 in most states during the high school football season you are not thinking about the playoffs, but for Union City they could be considered the favorite in their bracket.

The Indians find themselves with a real chance to win their first two playoff games. They will take on 1-7 Wes-Del, if they win that game they will face the winner of two 1-7 teams.

While the other side of the bracket has the only two teams with winning records in the entire sectional, South Adams and Monroe Central. They will meet in a rematch of a regular season game the Starfires won 34-15, that’s if they both win their first round games. 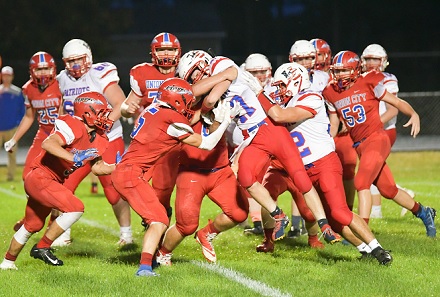 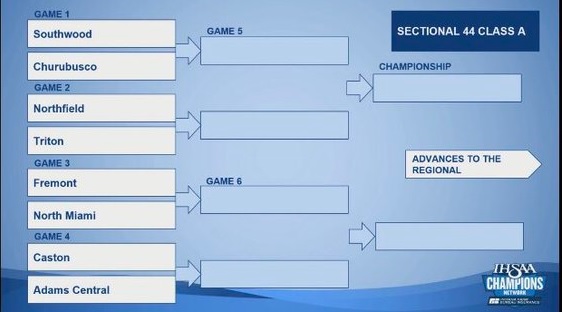 This sectional could almost look like it was seeded, until you see the Southwood-Churubusco game, that puts a kink into that. Both teams would be seeded in most states in the top 3 with two of  the best records in the sectional.

Adams Central, with the best best record in the entire sectional,  has a bracket that a seeded team would deserve, makes them a big favorite to move forward in the tournament.

While the top bracket in this sectional was a disaster, Marion, who is 7-1, finds itself playing an 0-8 team in the bracket, a fitting match-up for the Giants.

Maconaquah at 6-2 is the only team in the entire bracket with an above .500 record. Bellmont matches up with a fellow NE8 member Norwell, the Knights beat the Patriots 31-0 during the regular season.

When everyone qualifies for the playoffs, this is what a bracket could look like. All four would have trouble qualifying in neighboring states.

After taking a look at the above four sectionals of these Stateline area teams..every year the question arises – is it time for a new format?