(2-29-20) The Celina Girls Bowling Team finished as the runner-ups at the Division 1 Districts…the bad news,  unlike other districts, this district takes just one team to the state tournament.

Western Buckeye League rival Wapakoneta, bowling at their home lanes (Astro Lanes in Wapakoneta) won the District title and they will be headed to Columbus. 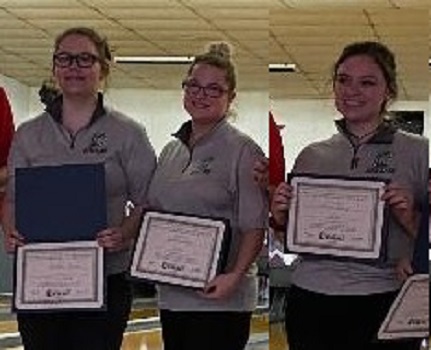 Brianna Henning, Audree Gray, and Madison Harden for making the All District team with scores of 550, 511, and 504.

Celina finishes the season with an overall record of  14-3, with the 3 losses being to teams that qualified for the state tournament.

It has been my privilege to have been the coach of this team. This is a great group of student athletes who were able to get to such a high level with hard work and dedication not only during this season, but the off-season and years past as well.