(6-26-17) One of the greatest high school sports movies has strong roots in Adams County Indiana.  Director David Anspaugh, a graduate of Decatur HS (now Bellmont), was a three-sport star for the Yellow Jackets.  His love for ‘Hoosier Hysteria’ spilled over when Angelo Pizzo and Anspaugh teamed up to make movie history with ‘Hoosiers’. 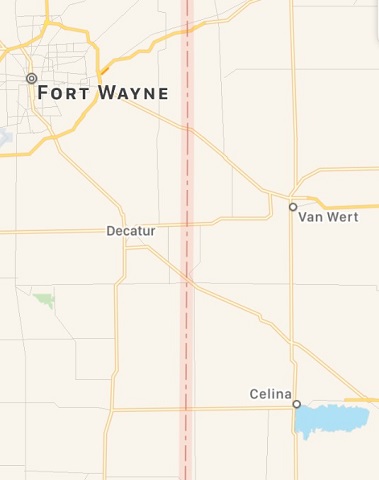 Decatur, Indiana is located just southeast of Ft. Wayne, Indiana and a short drive to Celina, Ohio.  But this community of around 10,000 had a major impact on Anspaugh and his direction in ‘Hoosiers’.

Anspaugh was a multiple sport athlete—football, basketball, and track and field. He was the Yellow Jackets quarterback. His track and field event was the pole vault and was the first pole vaulter at his school to use a fiberglass pole and to vault over the 12-foot mark.

The Yellow Jackets basketball team went 3-17 during the regular season but did win their first sectional game over Geneva 46-44, but would lose the next tournament game to Berne 49-48.

Anspaugh wasn’t the only Decatur native involved in the film, Brad Boyle who played Whit Butcher (Rade’s brother)  is an alumni of Bellmont (which is the consolidation that included Decatur). Boyle’s brother Dan showed up for the open casting call, but didn’t make the cut.

In a Forbes story:

In 2005, while serving with the Indiana National Guard in Afghanistan, Major Boyle and his medical crew met an Afghan father who brought his very young, severely burned son to them for help. The unit didn’t take care of the boy in Afghanistan. Instead, Boyle led an effort to get 5-year-old Zia Urrahman to Fort Wayne for surgery. Not only was the surgery successful, but young Zia got a grand tour of the area, including throwing out the first pitch at a minor-league ballgame.

Boyle is currently a physician assistant in Decatur at Adams Memorial Hospital.

Brad Boyle as Whit ‘ I ain’t no gizzard’

Thanks to Anspaugh he turned a ‘small’ low-budgeted movie project ‘Hoosiers’ into a much beloved movie around the world and after 30 years is still viewed by millions who love the story.  HS basketball coaches love to show the film to their teams around tournament time, its a story worth watching time after time.

Thanks to the Decatur, Indiana influence, Hickory became a part of movie history.