(1-2-17) Title IX was enacted in 1972 and the first OHSAA girls basketball championships were held in 1976. It wasn’t the first time that schools fielded girls basketball teams, from the early 1920’s until late in the 1930’s Ohio schools had varsity teams.

In 1937 the OHSAA sent out a questionnaire to its member schools, part of which dealt with the future participation of girls in interscholastic basketball. 563 schools (55%) said that they did provide both interscholastic and intramural basketball for girls at their schools.

“Do you favor dropping girls’ basketball as an interscholastic sport?”

519 schools were in favor of discontinuing girls basketball as an OHSAA sport. In September of 1939 an OHSAA referendum was submitted to the member schools to decide whether or not basketball would be continued as a girls sport in the future.
By a voting margin of 2-1, the schools decided to discontinue interscholastic basketball for girls as of September 1, 1940. This, in turn would lead to the discontinuation of all interscholastic athletics for girls in Ohio.

Looking at the Mendon (36-37) results, you can see that Mercer County had a full slate of schools competing, Celina, Ft. Recovery, Rockford, Neptune and Washington Township.

Below is the last two girls high school basketball teams to compete after the vote to discontinue the sport at Mendon in 1936-37 and 1937-38. 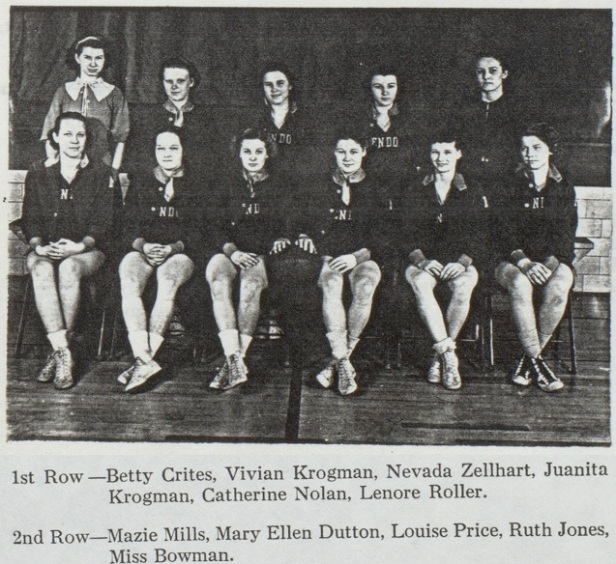