According to a vwindependent.com story  a recent survey conducted by Van Wert Schools shows that 71.28 percent of the 1,330 registered voters living in the school district who took the survey want to renovate (Option A – $5,456,498) Eggerss Stadium (was dedicated on Septemeber 18th, 1936) and over 80 percent of district voters said they would vote “yes” on a bond issue.

“As a percentage of the voting community, this is the largest survey response we’ve ever had. We’re quite used to a 3 or 4 percent margin of error, which is still pretty strong, but with 1 percent, I feel like what you’re being told here is how people feel.”

The next steps will take place in putting the plan in place in the weeks and months ahead.

(9-27-17) – Van Wert (Ohio) is just one of many schools in the Stateline area looking at football stadium conditions and what the next step will be in solving those situations that have taken place over the years.

The Cougars’ Eggerss Stadium was dedicated on Septemeber 18th, 1936 after its completion. The stadium was a project of the Works Progress Administration (WPA), which was created to provide jobs to people during the Great Depression. Celina Stadium was also built as a WPA project.

Both stadiums have served their communities well for over 80 years, but times have changed and now schools are looking to move forward. Van Wert is in the same situation as Parkway, both have highs schools in new locations, but the football fields remain at the old schools locations and both need upgraded from aging.

During the time (6 months)  to review and recommend these options the Stadium Committee members were asked to consider the following:

The three options being considered:

Saturday, September 30th, at midnight, an online survey will go live (will close at 11:59 p.m. Tuesday, October 10th) and give Van Wert school district voters the opportunity to give input  on what direction Van Wert should consider for the future.

The Ohio School Boards Association, which assisted in creating the survey, will put together a report on the results after completion for review by the Van Wert BOE, school administrators and the Van Wert community.

“We are using the survey as a tool to gauge the feelings of the community on this issue. We have a lot of information that we have gathered and are considering all of it when coming to a decision.

“The school board will need the financial backing of the community, whether through a bond issue or private donations, to proceed with this project, so community opinion is a very important component.”

The Van Wert Times-Bulletin and the VW Independent are also helping to get community involvement by posting information on all three options being considered. 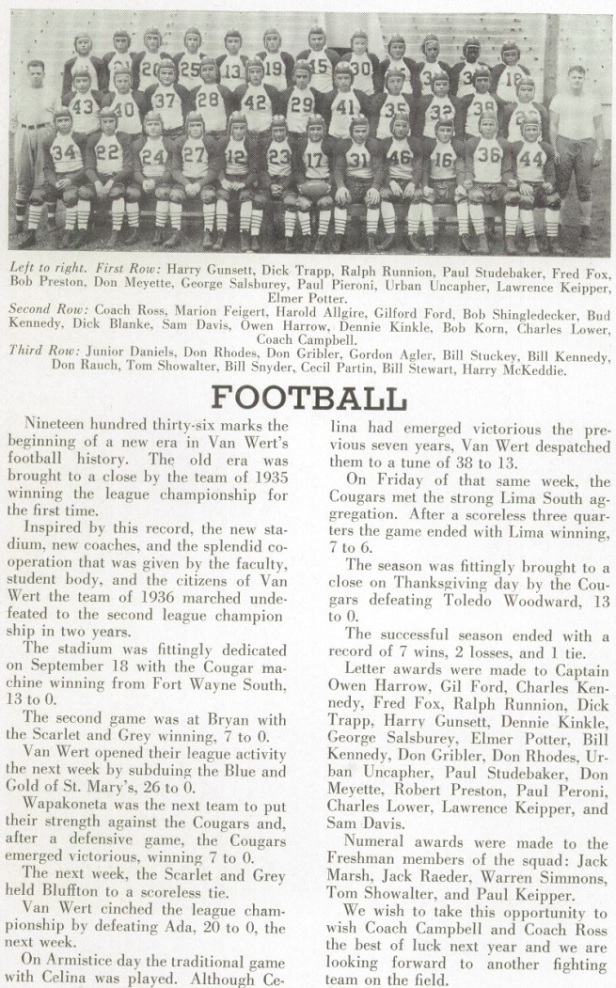 Other stadiums getting a make-over around the Stateline-