(2-20-18) – Former Freeport (Illinois) student and basketball player Montrell Dixson could be a part of a Kentucky High School basketball recruiting scandal as reported in a February 19th story by the Lexington Herald Tribune. Although not identified in the disposition that has has led to a civil lawsuit, actual events lead to the possibility of Dixson being involved.

According to the deposition-

In 2015, a former Mingo Central (West Virginia) High School student, referred to in this report as Student 1, enrolled in Pike Central High School with intentions including playing basketball for the school. According to May, when Student 1 arrived, he was contacted about the student being recruited to the school.

I can confirm per source that 6’6″ wing Montrell Dixon has enrolled at Pike County High School.

May said in his deposition:

“I confronted Mr. (David) Clevenger about it and his comment to me was, ‘The least you know about it, the better off you are. I did inform … (former principal David Rowe) at that time that I suspected … the kid … was illegal.”

“(Student 1’s) uncle came to me probably a week, week and a half, into practice and … said, ‘We need to talk.’ I won’t forget it. It was a drizzly day out back of the gym. I said, ‘Okay.’ He said, ‘No, let’s go to your coaching office. So we went in there and his first comment to me was, ‘Where’s our car at?’ I said, ‘What do you mean … I don’t know what Dave (Clevenger) has promised you, but I don’t play that way.’”

(student 1) remained at Pike Central for the next three or four days before he left the school, “without withdrawing or anything.” 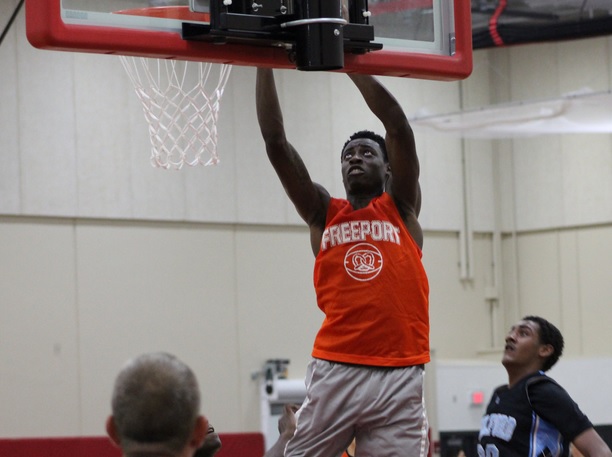 In July 2015, Dixson played for Freeport in the East Summer League, but when school started he had already left town and never played for the Pretzels.