Robinson finished 18th on the day with a preliminary round score of 151.25 and moved on to the semifinal round. In the semis he finished with a score of 221.40 and was just two spots out of qualifying  for the finals.

Cubberley finished 21st with a prelim score of 143.95, but missed advancing to the semifinal round.

Wapakoneta’s Shannon Donaghey finished in the 24th spot, with a prelim round score of 128.5

Winning the OHSAA State Diving title was Noah Vigran (Sr) of Cincinnati Indian Hill with a state record and state tournament record with a final score of 584.45. 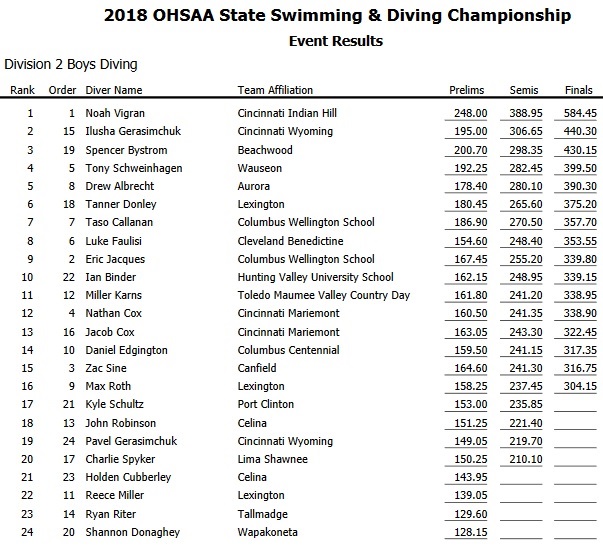 Congratulations to @ihbravesad Noah Vigran on first place in the 2018 #OHSAA Div. II Boys Diving, setting a state record and state tournament record with a final score of 584.45. Results can be found at https://t.co/YYlfNdEbsp pic.twitter.com/SV0PO3unui