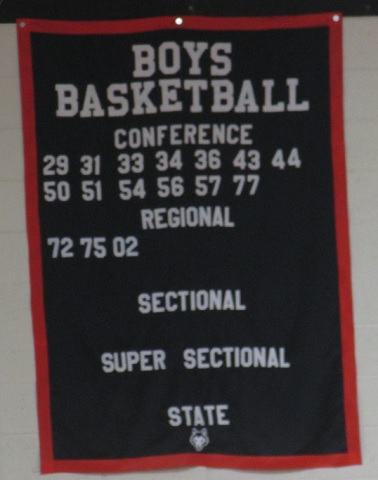 Time to update the banner!

With the win the Huskies pick-up a Regional title and their 20th victory of the season, thanks to  senior David Williams who led the way with six three-pointers and 25 points. Harlem had its hands full in the win,  6’9 Tiger Center Alex Timmerman had 33 points and 13 rebounds, including 13 points in the fourth quarter.

Harlem will play South Elgin (24-8) in the Rock Valley College sectional semifinals on Wednesday night at 7pm.  The Storm beat Cary-Grove last night 66-60 to win the Class 4A South Elgin Regional championship. South Elgin was led by guard Drake Montgomery who had a team leading 25 points.

TOP DOGS: Harlem’s turnaround season is still not over after the Huskies nabbed the school’s second regional title in the last 44 years with a 58-53 win over Crystal Lake C. @KurtWeigtAD @HarlemBoysBB @winters_coach @TheDogPound20 @TreyeTucker @Davcwill https://t.co/qNrVWkyeYR

Harlem overcame two eight-point deficits and with the score tied at 50-50 with 1:58 to play went on a 10-2 run to defeat Jacobs 60-52 and capture its first regional title since 1975. Maurice Smith had 13 points and Jared Cook added 12 for Harlem.

Head Coach Charles Schultz was in just his second season, what was amazing about the 1975 title and a ‘storybook’ ending, in Schultz’s first season in 1973-74 the Huskies won their first game of the season and would end up not winning another game, going 0-16 in conference and 1-23 for the year.