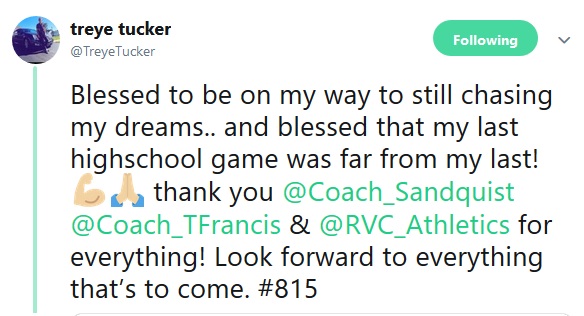 (3-11-19) Harlem’s Treye Tucker announced on Twitter today that he has committed to stay at home and continue his basketball career locally at Rock Valley College. 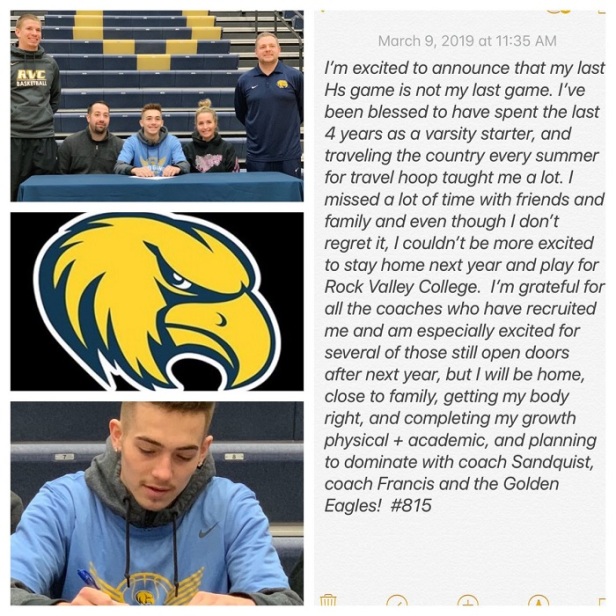 Tucker had a four year varsity career which started at Christian Life, after his Sophomore year Tucker would transfer to Harlem. Despite health issues (mono during his Junior Season) and injuries, (played with a fracture in his thumb on his shooting hand for the last several weeks of this season) Tucker proved to be a valuable leader on and off the floor.

During his Senior season Tucker, a point guard, helped lead the Huskies to their first Regional title since 1994 and a 20 win season. He was one of the top scorers in the NIC 10 this season including  81 3-pointers and a 14.4 scoring average, he also averaged 3.9 rebounds a game, 5.3 assists and 2.4 steals.

“Somebody had to take control. We weren’t making shots. It was just situations where you start pressing because the ball isn’t going in the basket. It’s about his heart, and he’s trying to make plays for his team. That’s who he is.”

Tucker joins a Rock Valley College program that is playing at the NJCAA D III National Championships in Rochester, Minnesota this week and currently has a 23-6 record.