(3-24-20) Coldwater and Celina’s Athletic Departments have worked out an agreement to play both the Varsity Girls and Boys Basketball games at the Hoosier Gym located in Knightstown, Indiana on Saturday, January 9th, 2021. 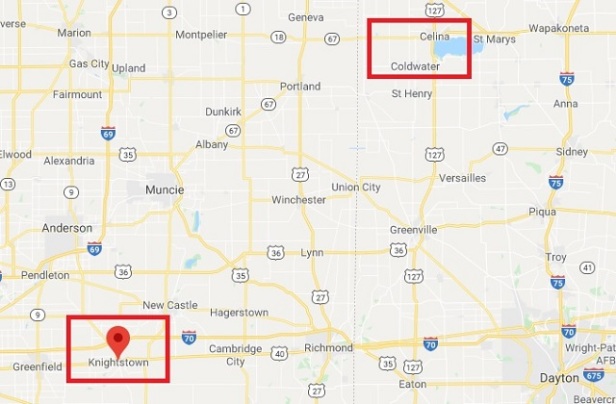 The gym is known for being the home floor of the Hickory Huskers in the 1986 movie  ‘Hoosiers’. The facility is open year around and host fans of the movie from around the world. Numerous high school games are played on the floor during the season with schools from around the country using the facility.  The facility was finished  on December 1st, 1921.

Tickets to watch the two games will be $10 each and will only be sold at the gate (per Hoosier Gym requirement). The gym holds around  600 fans. The girls game will be begin at 4:00 p.m., while the boys game will play following the girls game.

The JV games between the two school will be rescheduled at a later date.

More information on the gym can be found on Facebook at “The Hoosier Gym” or on their website at thehoosiergym.com.

The Celina Fieldhouse was built in 1939, 18 years after the Hoosier Gym.