Celina’s 1965 football season is always mentioned when Bulldog fans talk about the green and white and great gridiron moments. Future Ohio State Buckeye and NFL star Jim Otis led as talented of team that has ever played at Celina Stadium.

Otis (RB) grounded out 1,680 yards rushing and QB Dick Quilling (544 yds rushing) ran one of the best offenses in the Western Buckeye League to win the league title. Coach Norm Decker had built a powerful team on both sides of the line.

Head Coach Norm Decker beloved in Celina after the 1965 season. 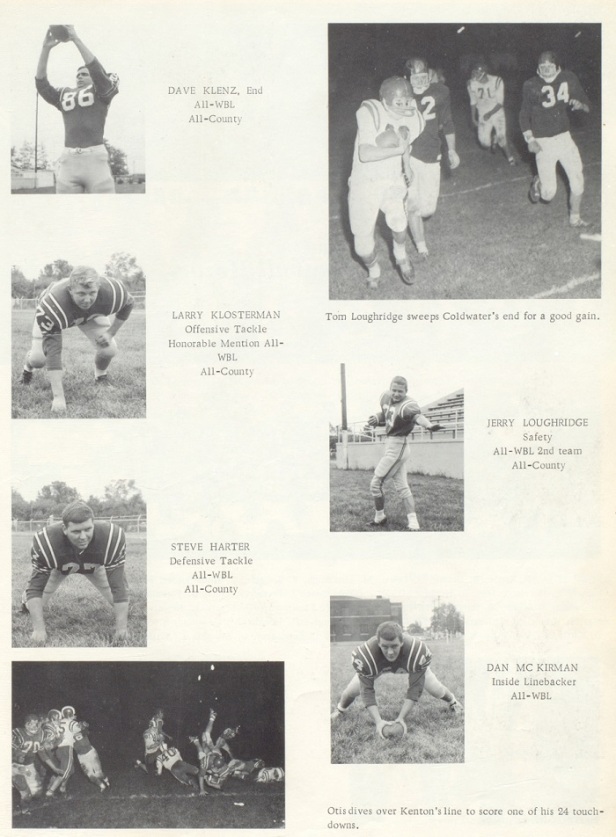 The 1965 Van Wert Cougars…turned a Bulldog dream season into a nightmare….

On a rainy, cold, dreary night the Bulldogs would take the long trip home from Van Wert after tying the Cougars 6-6 in the final game of the season (there were no playoffs in 1965). The loss for Celina was devastating, while Van Wert, who finished the season at 2-7-1…it was a game to remember.

The story shares the Bulldogs night of frustration due to the weather, a Van Wert team that took advantage of those conditions…and a couple of heart-breaking opportunities missed during the game.

With the tie the Bulldogs finished the season at 9-0-1.