(2-5-18) -Coldwater’s Lauren Gilliland (6’0 MH) has made a verbal commitment to continue her volleyball career at Ball State. 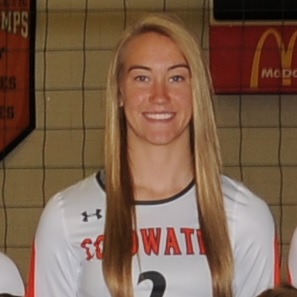 Gilliland, who is currently a Sophomore, was big part of this year’s Cavalier team that finished as the #1 ranked team in D III (26-2). The Cavs shared the MAC title in 2017 with New Bremen and was the state runner-up in the D III state tournament  losing to MAC rival Versailles.

Gilliland was an All-MAC 1st team selection and was named to the D III All State Volleyball 2nd team.

Gilliland played for the Munciana Volleyball program in Indiana and was a member of the Samurai team.