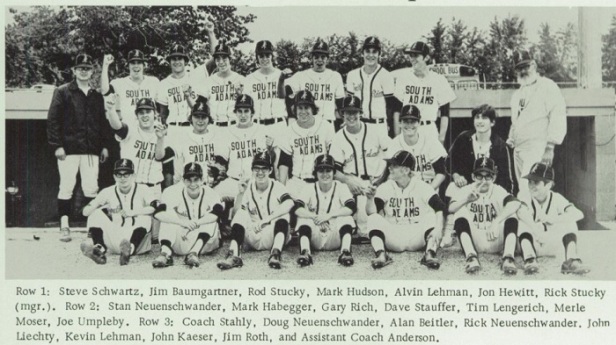 (4-4-20) With the announcement this week that spring sports in Indiana would be cancelled this year Hoosiers now have to look for baseball fix, taking a look back can do that.

In 1972 South Adams would finish as the IHSAA State Baseball runners-up, losing in the state final game to Bloomington 3-0 ending a season to remember for the Starfires. Pretty good ending to a team who did not win their (Northeastern Indiana Athletic Conference)  championship title.

All Indiana teams, big and small, competed in the same tournament. Indiana would not go to class baseball until 1998. The Starfires during their run to State had to play some of Indiana’s biggest schools, Muncie Central, Richmond, Kokomo and Bloomington. 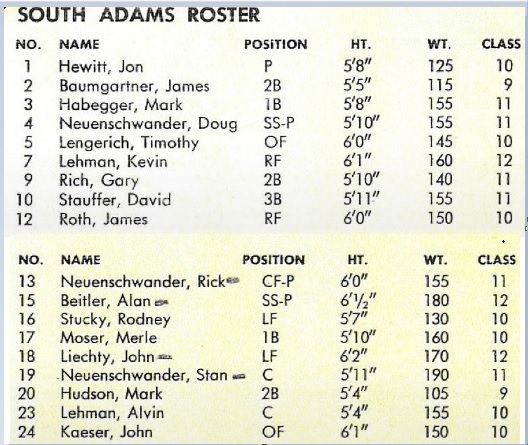 The Starfires ended the year with a 22-5 record and a state runner-up trophy.

Looking at the 1972 roster South Adams had just three Seniors on the roster, they came back the next season in 1973 with a 20-5 record, won the NEIC championship and losing in the State Semistate final game to Lafayette Jeff. Lafayette Jeff would go on to state the next weekend and pick up the 1973 title beating LaPorte 8-6. 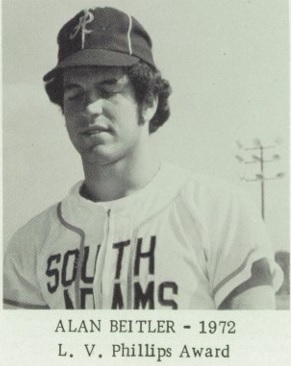 At the conclusion of each championship game, the IHSAA Executive Committee presents an award for mental attitude to an outstanding senior participant in each classification in the baseball state tournament. The recipient of the award in 1972 was the Starfires Alan Beitler, who wass nominated by his principal and coach, must excel in mental attitude, scholarship, leadership and athletic ability in baseball. The award is named in honor of the late L.V. Phillips, who served as the second commissioner of the IHSAA from 1945-1962.

The run by South Adams was impressive and is one that will long be remembered in Berne. 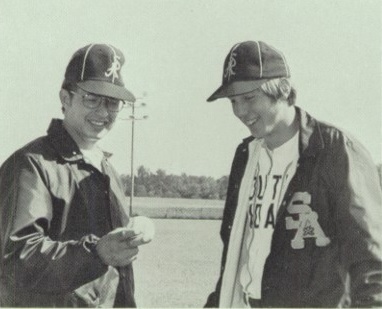 Doug Neuenschwander, a pitcher for the Starfires in 1972, would go to play  for various professional organizations between 1977 and 1982. Over six seasons, Neuenschwander went 37-28 with a 3.30 ERA. He also collected 32 saves. Neuenschwander was in the Cincinnati Reds organization, playing for Billings, Shelby, Tampa, Waterbury and Cincinnati. His final season was in Portland, the Triple-A affiliate of the Pittsburgh Pirates.