Note: The box score says this game was played on June 4th

(5-20-20) The 1975 OHSAA Class AAA Baseball State Championship was a slugfest as Columbus West beat Parma Senior 28-20. This is the highest scoring state championship game with a combined score of 48 runs. 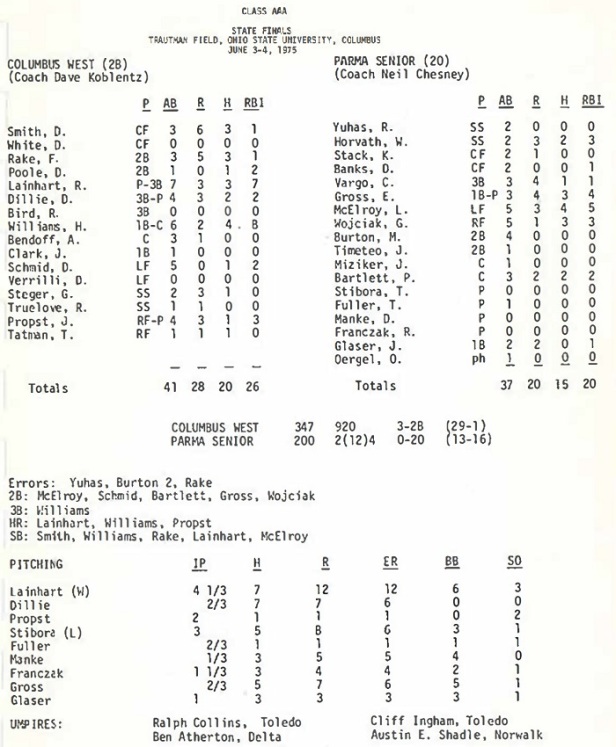 Talk about a Cinderella type team…it had to be Parma Senior as they entered the tournament with a losing record 5-15, they would end the end year 13-16.  Columbus West had lost only one game during the regular season and would finish the season at 29-1.

West’s Rick Lainhart despite giving up 12 runs in 4.1 innings would pick up the win…he had a big day at the plate  going 3 for 7 with a home run, 7 RBIs and scored 3 runs.