About the Draw
To conduct the random drawing for the girls basketball state tournament, the IHSAA places ping-pong balls representing each school in each sectional into a lottery-style air mix machine. A motorized fan in the bottom of the machine blows the balls around the inside of the transparent container and air then forces each ball up through a tube in random order. For example, the first ball retrieved from the machine will be the visiting team in game one with the second ball representing the home team in game one. The third ball to come out is the visitor in game two and the fourth ball the home team in game two. That same method is followed through all 64 sectionals and 16 regionals.

Top-ranked South Bend Washington, which has moved up to Class 4A after winning last year’s 3A crown, will meet Mishawaka in the Sectional 3 opener played at Plymouth. The Panthers are the No. 1 team in both the 4A poll of the Indiana Coaches of Girls Sports Association (ICGSA) and the single class poll from the Indiana Basketball Coaches Association (IBCA).

In Class 3A, the No. 1-ranked Twin Lakes Indians will take on North Montgomery in the opening game of Sectional 22 played at Benton Central.

The Class 2A poll shows the Central Noble Cougars leading the field. That team will host Prairie Heights in the first round of Sectional 35.

And in Class 1A, the Tri Titans top the latest poll and are scheduled to play Union City in the second game of Sectional 56 at Randolph Southern.

The Noblesville Millers, the defending state champions in Class 4A and ranked No. 2 in this week’s ICGSA poll, will host the Carmel-Fishers winner in the Sectional 8 semifinals.

Last year’s Class 2A state champion and this week’s No. 4 team, the Forest Park Rangers will host North Posey in the second game of Sectional 48.

And last year’s Class 1A state champion, the Tecumseh Braves will host Cannelton in the Sectional 64 semifinal round.

The regional is now a single-game championship, and the semi-state becomes a two-game affair with the winner advancing to the state championship game. The previous format of a two-round regional and a single semi-state game had been in place since 2002.

Two regional championship games will be played back-to-back at the same site with the winners finding out their next opponent and host site the following day. The semi-state games – scheduled for Saturday, Feb. 18 – will be randomly drawn and announced in a second pairings show via IHSAAtv.org

The four state championship games that make up the State Finals will be played at Gainbridge Fieldhouse in downtown Indianapolis on Saturday, Feb. 25. 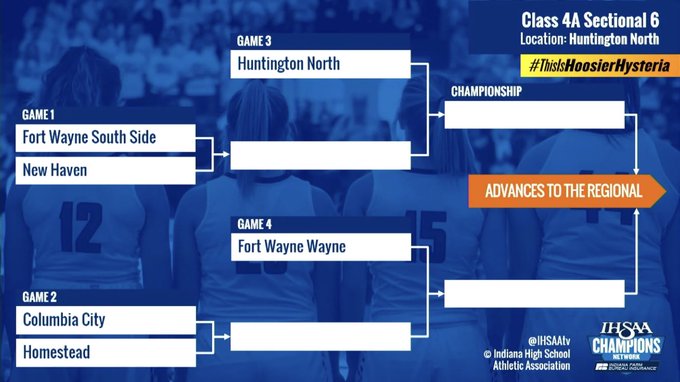 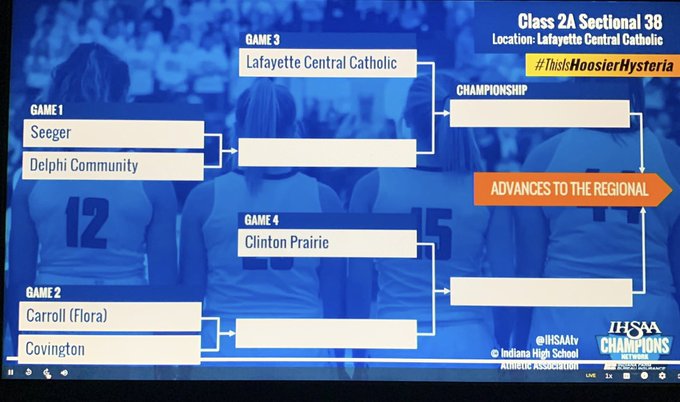