3-17-18 Columbus, Ohio — No. 6 Columbus Africentric (27-3) withstood a comeback effort from No. 1 Versailles (28-2) to hold on to claim a 53-47 victory in the 2018 OHSAA Division III state championship Saturday at the Jerome Schottenstein Center in Columbus.

The Nubians are now tied with Cincinnati Mount Notre Dame, Pickerington Central and South Euclid Regina for the most girls basketball state titles in OHSAA history.

Down nine points at the half, Versailles was able to fight its way back into the game thanks in part to a 16-point third quarter.

The Tigers took their first lead over Africentric since the first minute of the game at 43-42 with 4:53 remaining in the final quarter.

Africentric answered with four quick points to go back up 46-43 with four minutes remaining in the game. They would not relinquish the lead from there.

The way these young ladies weathered the storm and the resilience they played with, I can’t say how proud I am of these girls.

The Nubians dominated down low, outscoring Versailles 36-20 in the paint and finishing with 14 second-chance points, compared to just three for the Tigers.

FINAL: @CAECLADYNUBSBB 53, @VersaillesHS 47. The Lady Nubians are Champs in D-III for the 4th time in the last 7 years (6 titles overall). Africentric was led by Alexia Smith who had 22 points & Jordan Horston who had 13. The Tigers were led by Senior Kami McEldowney who had 16. pic.twitter.com/XT9a99epeD 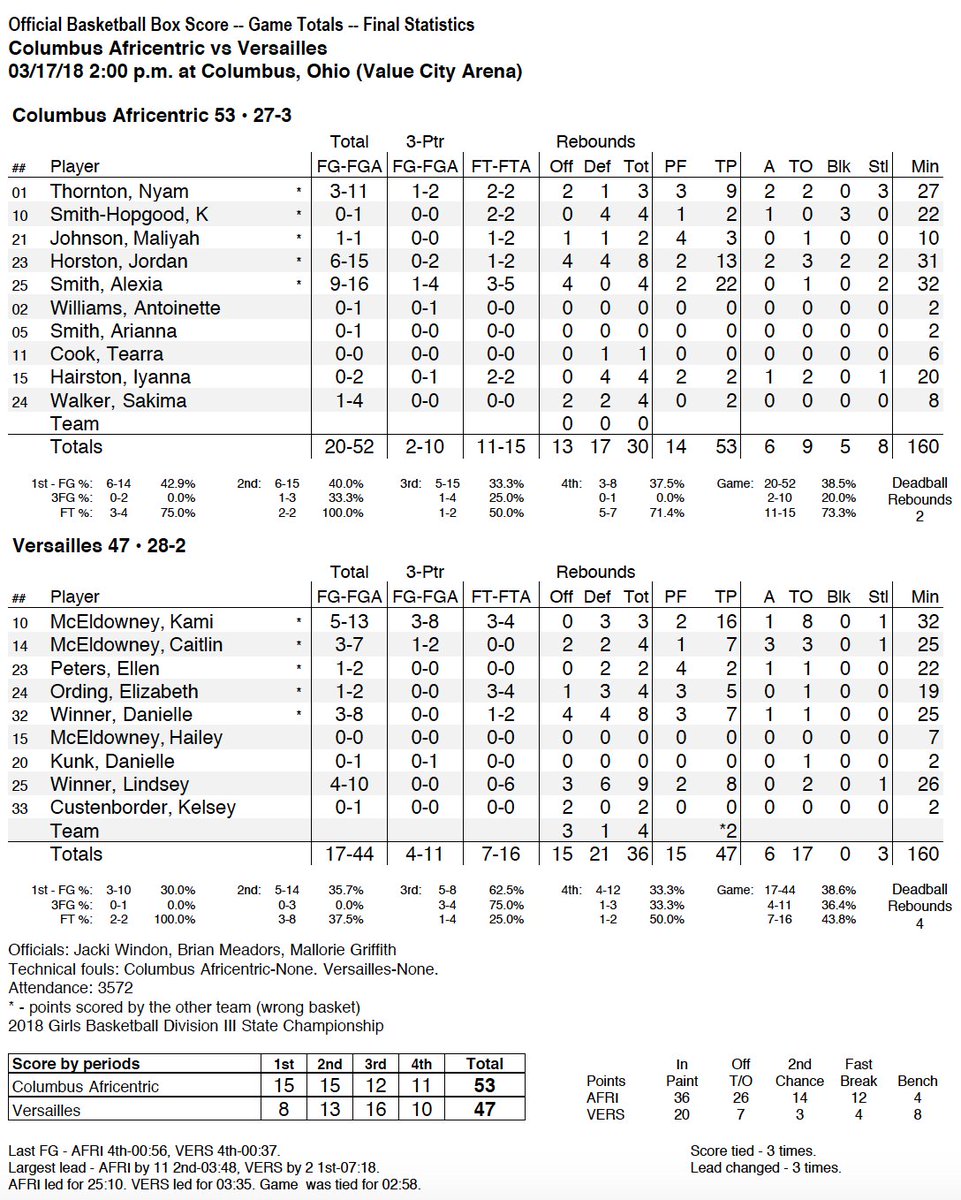