(3-16-19) For the last two and half years Emma Watcke has led the Minster (Ohio) Cross Country and Track teams to multiple Ohio state championships. Shortly after leading the Wildcats to the 2018 Ohio D III State Cross Country title, her dad found a new job in the suburbs of Chicago (Oak Brook). The rest of the Watcke family would follow during the winter break and Watcke, a Junior, enrolled at Hinsdale Central.

The Red Devils must have felt like they received the best Christmas present that a cross country and track team can receive. This past fall the Red Devils cross country team finished 17th in Class 3A and last season they were 23rd in the 3A state track meet. The addition of Watcke can only help.

Watcke has earned a total of five state titles and eight All-Ohio honors during her shorten time at Minster. At the D III OHSAA State Meet Watcke has run the 4x800m and 1600m and won both events during her freshman and sophomore years. In her final cross country meet for Minster (Junior year) was the 2018 D III OHSAA State Meet she finished second overall in the individual race, but captured 1st place in the team portion of the meet with a time of 18:53.3 to 18:57.9. It was Minster’s third consecutive state cross country title. 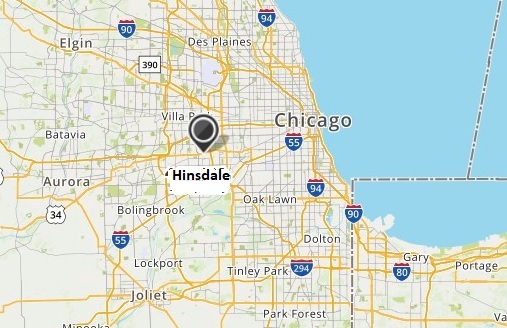 Moving in the middle of your Junior year can be a tough time for any high school student. But look at what that change was like for Watcke. She moves from the Auglaize County farm town of Minster with a total population of 2,830 (2014 total) to a suburban school in Chicago, Hinsdale Central High School, that has an enrollment of 2,786. That can be an adjustment for any one.

“she’s connected immediately with all of her teammates… it’s as if she’s been on the team for years rather than months!.”

In the same story Watcke said:

“I love my new team! They have been so welcoming to me and I feel like I have been at Hinsdale for years!”

Watcke has already started running for the Red Devils track team this spring, she won the 3,200 meter in impressive style at the Batavia Distance Madness meet.

As the spring season track season starts it will be a different feel for the Minster girls track team. Last year the Wildcats won their first state title since 2004, Watcke added another state title to her resume winning the 1,600 meter run, she added a 2nd place finish in the 3,200 meter run. Watcke was also a member of the State champion 4×800 meter relay team.